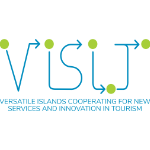 2020 was aimed for success. Böda Beach Resort’s bookings were up by six per cent from 2019 and the island Öland prepared for more festivals, concerts and other events than ever before. Everything was rigged for a year and a high season that would top all previous expectations.

A corona virus that started to spread in the Wuhan area in China in January was brought to Sweden by ski tourists returning from northern Italy and Austria in February with disastrous health consequences. Anna Barkevall, the CEO of Böda Beach Resort, realized on the 6th of March that the summer of 2020 would not be like any other. All her plans were in shambles. Confusion and disarray were the order of the days. The phones rang as thousands of bookings were cancelled, losses were 10000 Euros per day in an already cramped liquidity situation. Even if Sweden never went in a lock down, there were state recommendations that effectively held back domestic travel to a minimum and fears of a completely lost summer season grew.

Anna and her team made contingency plans to be able to open anything at all, and they concluded that they could manage the season with a 40-50% occupancy. When the government, in early May, opened for short distance travel of 1-2 hours from your home, she felt that she could market a safe stay at Böda with this reduced capacity. She had earlier decided to keep the 200 seasonal employees on hold, but with this decision to open, she could initiate staff training with increased focus on hygiene, government regulations and local rules. Anna says that the service promise to the guests became completely different: From a focus on entertaining the guests to providing hospitality based on safety measures.

The government eventually dropped the ban on domestic travel. The mayor of Borgholm municipality Ilko Corkovic called Anna in the morning of the 13th of June to tell her that the government the same afternoon would announce that Swedes would be allowed travel. With this message Anna felt an immediate “Yes, we can do this.” The phones started to ring and there was a flood of new bookings. Anna decided first to stay with the plan of 40-50% occupancy, but with reorganizing the camping and increasing the plots for each camper, restricting access to the pool areas and other common areas to camping guests only, she felt confident to increase the target to 75% occupancy.

The high season in July went by without incidents. Swedes travelled to Öland and Böda in much the same numbers as every summer before. However, Anna says that new groups of travelers found their way to Böda. The loss of the older steady group of pensioners who remained at home due to the pandemic was to a large extent compensated for by people who in a normal year would travel abroad. The corona pandemic did not interfere with the guests’ holiday experience, rather the opposite. Anna says that the comment cards they regularly collect from the guests show the second highest level of satisfaction of all times. Anna, reflecting on this score, says that she is so proud that they were able to transform the organization’s both soft and hard values and that they managed to make the guests feel safe and happy with the result. It was such a reward.

This year’s season extended well into August unlike other years, but Anna and her staff were exhausted. They had been working around the clock with all the uncertainty that comes with an unpredictable virus that threatened to eradicate everything they had achieved in just a twitch of an eye. They had had one case of covid-19 among the staff. It turned out she had contracted the virus while visiting at home and not at the workplace. They tested several staff at the time of the incident, but they all tested negative, and in the end it turned out to be a good practice to see that collaboration with health authorities worked well when needed.

Now, in October after a well-deserved holiday, Anna is back to work. She looks back on an unbelievable year, a year that have been a tough roller coaster ride. It is often the case that you have to deal with uncertainty in the tourist trade. Flexibility and dynamic organizations are typical marks on tourism entrepreneurship. But the potentially devastating effect of the corona virus that so many tourist businesses in Sweden and other countries have had to grapple with is a new risk. Anna says that one half of her body told her that it is not right to be open for business, with the risk of both creating spread of the virus and cause harm to staff and guests. It was also a risk to the value of Böda Beach Resort’s brand. The other half told her that there was evidence that people would love to come despite the virus, and that Böda needed to stay open for the company to survive. She is happy that she decided to open and that the summer was better than expected, but she also realizes that it might just have been a strike of luck.

With this experience and what they have learned about organizational change, redirecting business targets and taking care of guests amidst a pandemic, Böda Beach Resort have come out of the summer as a stronger company and better prepared for crises. Anna says this is important “…because 2021 might be yet another pandemic summer.”